Skip to content
Official arcai.com’s netcut for android. netcut safeguard worked in Require Root.
NB: For Upgrade client, if it’s not too much trouble reboot your telephone after overhaul. or on the other hand click Exit in new form and restart. most ideal path is to clean uninstall old rendition, reboot, and after that put in new form. 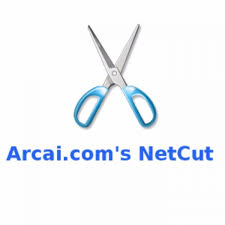 What you can do with arcai.com’s Android Netcut?

1. You can rapidly identify all system client in WIFI, notwithstanding when your telephone has no legitimate IP address or not been allowed use wifi web. for whatever length of time that you associated with any WIFI, arcai.com’s netcut can work.
2. Set on/disconnected to any system clients, including telephone/xbox,softphone, PS3, PS4 and so on.
3, You can cut off system between two system clients inside LAN , by set one of the client as “portals” , then removed different clients, at that point those two clients won’t beable to converse with one another, eg: apple TV, Google TV, xiaomi box , remove the telephone association with those container, will incapacitate screen cast like element.
4. Netcut Defender worked in. (turn on and off in a single tick)
5. Sweep organize when you feel there are clients still on system and you can’t see it.

6. Check telephone type, netcut will be capable rundown sort of telephones.
7. Give client simple to recall name. Long press any system client, a spring up window will permit you input name for the client.
8, Detect aggressor, if any one endeavor to play arp farce to you, you will most likely observe it from netcut straightforwardly.
Download App